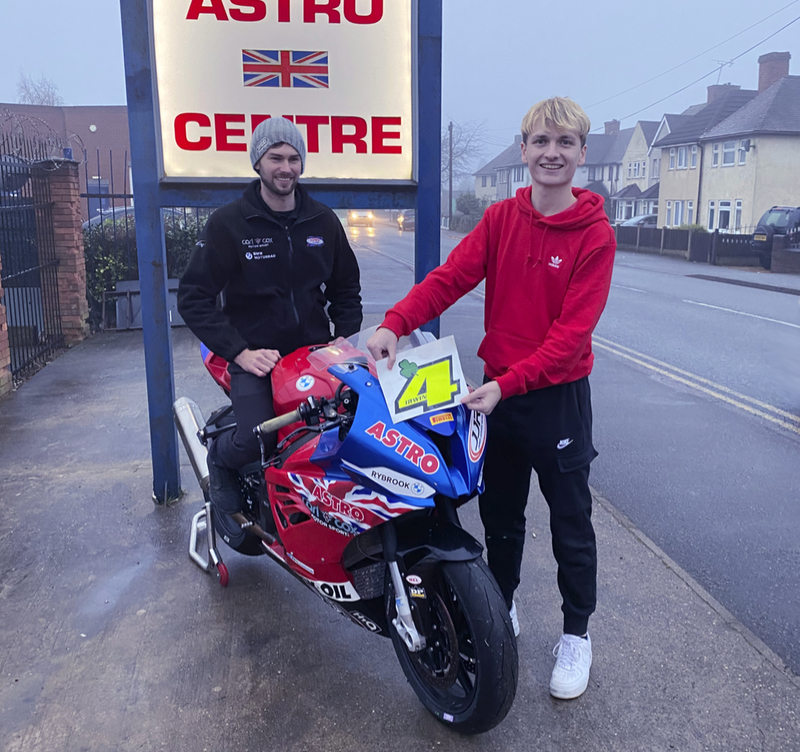 Donegal’s Caolán Irwin is set for a major step up the Motorcycle Racing ladder in 2021 as he progresses into the British Superstock 1000 Championship. Having had his best season to date in the Superstock 600 championship in 2020, Irwin will stay in the British Superbike paddock and continue with the Astro JJR team which he rode for so successfully last year.

This season will be a learning one for the twenty one year old as he makes the switch to the most powerful machinery he has raced to date. Running with the Astro JJR junior team he will be part of a three bike effort using BMW machinery.

The Superstock 1000 class is the biggest and most competitive of the British Superbike support championships and many of the current Superbike stars used it as the final step on their way to the premier Superbike series. Caolán’s aim for 2021 is to build his knowledge of the bigger bike in advance of an assault on the championship in 2022. Working with his more experienced team mates, both of whom he knows really well, the youngsters goal is to learn all that he can from the coming season while targeting regular top ten finishes.

Speaking about his prospects for 2021 Caolán said “I am really grateful to the Astro-JJR team for this opportunity. We had a great season in Superstock 600 in 2020 and I’m proud of the faith Stu, James and Charlotte have shown in in me while working to make this deal happen. Superstock 1000 will be a big step up, but I am in a really experienced team, with a great crew and some fast teammates, so I’m sure we will achieve great results together.”

The 2021 Pirelli British Superstock 1000 Championship will take place over eleven events with two races per weekend. Beginning in May the series will visit seven different circuits with its finale set for Brands Hatch in mid October. Caolán’s season will get underway with pre-season testing, once the current restrictions allow, and his progress can be followed on his social media feeds and his new web site www.cirwin.ie.